The Kal-Haven Heritage Trail project now has a mobile app to
help you find interesting historical sites along the trail.

Download the Android app from the Google Playstore. Apple users ( or home desktop users ) click here for the web version!

The Michigan Heritage Trail Project, a program of the Michigan History Center, has chosen the Kal-Haven Trail as the location for this pilot project.

More than three years of research and development followed with dozens of volunteers working with specialists under the direction of the Michigan History Center’s Dan Spegel, brought together hundreds of images, volumes of text and a lot of memories to tell the story of ‘what was here before…’

This pilot project, which was installed during the summer of 2019, has already been repeated on three other trails in Michigan.

A series of 31 informational panels, stretching from South Haven to Kalamazoo, combined with a mobile app for the visually impaired, details the history of our part of Michigan, the railroad that used to be here and the stories of the towns, villages and personalities left behind for us to discover and retell.

From the paper mills of Kalamazoo, to the two-thousand acres of mucklands turned into the world’s center for peppermint production, past the blueberry farms and orchards and the Lake Michigan resorts of South Haven, the cultural and geological history is presented for your enjoyment and education.

This pilot project, which was installed during the summer of 2019, has already been repeated on three other trails in Michigan.

Completed in the summer of 2019, the Kal-Haven Heritage Trail Project was a pilot project for the Michigan History Center. It’s been so successful that a 4th Heritage Trail, The Mike Levine Lakelands Trail, now joins our ranks. We wish them much good luck!

The heritage trail project has won numerous accolades, including two awards in 2021 – one from the National Association of State Park Directors and the other from  The Mid-America Trails and Greenways (MATAG) Conference which consists of the states of Illinois, Indiana, Iowa, Kentucky, Michigan, Minnesota, Missouri, Ohio and Wisconsin. The Kal-Haven Trail heritage pilot project created a blueprint for other trails and the concept has been repeated four additional times around the state. 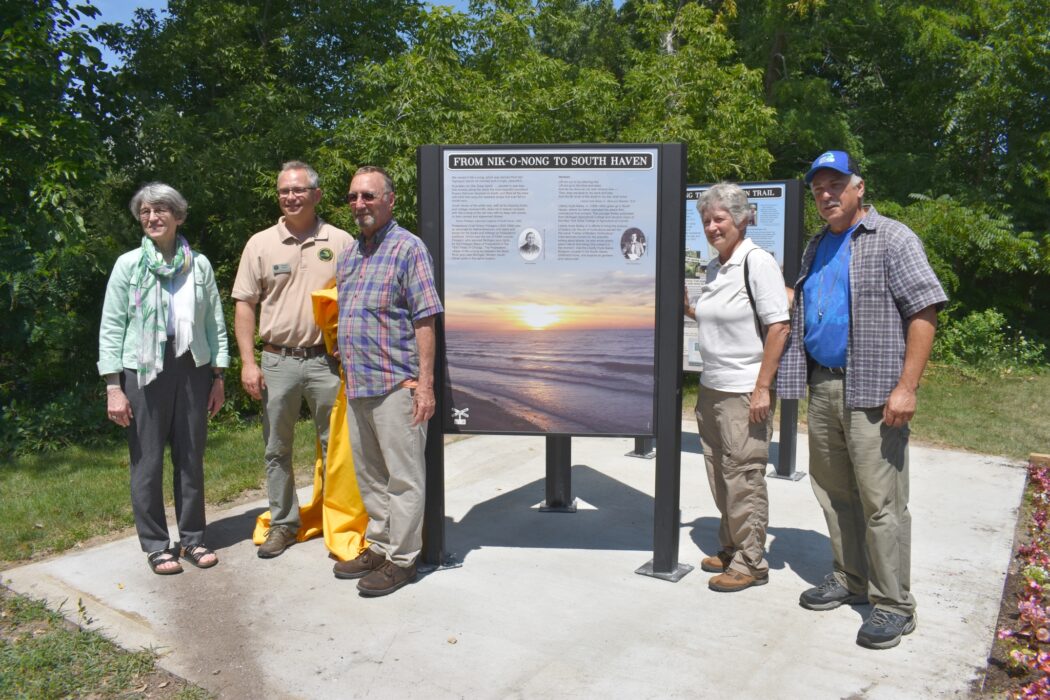